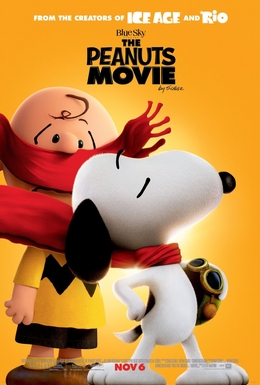 My maturation process was different from most people’s. From my teens on, I always thought of my past selves as ungainly skins to be molted off at the earliest convenience. Nostalgia was anathema to me, and I openly derided my past tastes. Thrown into university with a brittle psyche and depressive, even nihilistic, tendencies, I would complain at length to my friends about all the insecure students trying to reconnect with their childhoods when adulthood was beckoning. It’s not that I exorcised all my passions and tastes from earlier; I just had a hypercritical attitude about myself and, by extension, anything I liked.

Peanuts, though, was bone marrow, a phantom limb. My first love was the television specials, but I quickly devoured the 60s and 70s comics Schulz and Melendez mortared together to make those specials. Being raised in the Midwest as a depressive, hyper-articulate, wannabe adult, Schulz’s spare, efficient commercial line art and heavily psychologized characters were irresistible. So while Schulz’s capitalist acumen and  aptitude for self-promotion and unholy dedication were what made it famous, what fused Peanuts to my brain was its portrait of a hopeless world where people just took comfort in their own flaws.

And that’s why this is not a review of the Peanuts movie. The quality of any given ancillary Peanuts product is meaningless. In fact, all it has to do to have me enraptured is to preserve the tone. The tone that has me coming back to Wes Anderson’s movies long after I acknowledge they are rather inconsequential––so why do I cry for so many of them?––is the gentle bleakness of the polite, decaying Midwest. I don’t cry for the Peanuts movie because it’s not appropriately cruel. Too many softening touches, too much Hollywood glitz. It’s not that the creators don’t understand the characters, but that they recognize they have to limit the audiences exposure to them, like a heavy element somewhere in the low hundreds on the periodic table. Peanuts is all about being sad, privileged, conceited, and shattered all at the same time. It’s about having a comfortable enough life that you can take shelter even in your own worst flaws. Characters come together and form an unbroken chain of schadenfreude. Of course, that’s not all of it. It’s much gentler than that in practice, even if its character roster is populated by insecure whiners and overconfidence artists.

We could talk about how comic strips in general make their characters run on little hamster wheels, trapped in formula as surely as they’re bound in rectangular panels. Comparisons to Sisyphus and existentialism arise, but at the same time, in the logic of the strip (ignoring the deified hand of the author) Charlie Brown is not forced to run his kite into the kite-eating tree. He does it because he’s an all-American do-gooder who won’t give up though the plants themselves thwart him. He never seriously considers never kicking the football again. And contrary to Camus’s famous pronouncement about Sisyphus, no one can imagine Charlie Brown happy.

The Peanuts Movie is the most credible attempt I’ve yet seen to turn Peanuts into a conventional feature film. It succeeds well enough to make itself anonymous. Simultaneously, it’s hard to forget what happens in the film because most of it has happened before, in other movies or comics or specials.

Maybe someday I’ll get over Peanuts. I’ll probably have to want that to happen before I do, though. 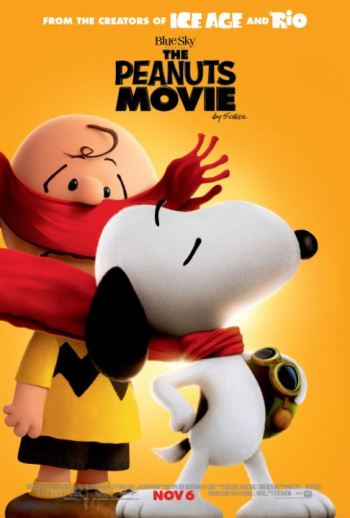 Peanuts, like nearly all media aimed at children, did not spring from the mind of children themselves. As a matter of fact, I doubt that most children, at least ones I knew growing up, would be interested in writing stories about short young people. Contrary to the assumptions of TV hacks and toy promoters, particularly in the late 1970s and 80s, I would assert that children find it much easier to get invested in characters who are adults or at least act more like adults than they do.

Without a doubt, Charlie Brown and company appeal to children. For me, that affection started with A Charlie Brown Christmas and wound its way through the feature films, comics, and The Charlie Brown and Snoopy Show, the last of which was fairly hard for my younger self to obtain and watch. Even though the entire cast of Peanuts is either human-spawn or animal, they don’t talk like children, and one of the reasons why their low-key escapades connected with me is that the characters are able to voice common childhood concerns in a much more articulate way than my language skills could muster at that age. Infused with a love of pop psychology and attentive to the fact that children have all the anxieties associated with being a small, weak being in a frightening world, the strip has an uncommon ability to communicate these ideas without being either condescending or complicated.

Partly that’s an advantage of the stock characters and situations which are the basic components of the newspaper comic strip. This strength is not just internal to the paper and ink drawings of the medium, but involves the way that comics form and maintain audiences. Comics were, at one point, integral to selling newspapers, offering light entertainment as comfort in the midst (or at the back) of a newspaper often full of disquieting stories. Reporting of the real world, no matter how affected by ideology or smoothed out by the censors, has to react to a changing modern world. In an unsettled, cutthroat capitalist world, the comic strips are little idylls, mildly amusing islands of comfort. Since reading a newspaper was a nearly universal activity for much of the 20th century, comic strips that could get established had an almost guaranteed audience that would rapidly grow comfortable with repetitive situations, able to predict each move a character would make.

In this way, Peanuts is no different. the opening panel of a Peanuts strip, no matter how esoteric or depressing the subject matter, sets up a situation using characters and cues that immediately suggest a conclusion to the reader. Lucy, Charlie, and the football. Snoopy and the typewriter. Schroeder and Lucy. Their internal struggles and relationships are so fixed––if they shifted, they moved like glaciers or tectonic plates––that the characters are often more like stand-ins for abstract concepts than actual living characters. One character could embody multiple, perhaps contradictory ideas, of course. Linus is both the incisive thinker of the cast and the most juvenile and credulous. Being the smartest one in class…who still slept with a blanket was a very familiar experience to this blogger.

What distinguished Peanuts as a comic was that it used its comfy arrangement with its readers to present characters who, although not realistic children, were capable of entering troubling territory. The reassuring Midwestern milieu of the show swarmed with insecurity and antagonism. Which is not to say that Schulz was anything like David Lynch, but, for me, growing up in the Midwest as a child aspiring to grow up as quickly as possible, reading Peanuts and watching the specials and films helped me realize that sadness and failure are universal, and that sometimes an escape into a surreal flight of fancy, as Snoopy often did, is a rational response to a world so hard and simple.

Though the new Peanuts movie might fall anywhere on the spectrum of quality, I will be watching it. Peanuts might be the only bit of mass-produced media I feel true, old school nostalgia for. I feel this nostalgia as a kind of sickness or homesickness, a longing to be small and loudmouthed and philosophical again. Despite the loopy deviance of the later decades of the strip, the uneven episodic films, and the gross commercialization of the entire Schulz enterprise, I still feel that Schulz and his collaborators did find ways to bring the sad affects of childhood to light in a way that so little Western culture does. And they did it in the comfort of a Midwestern living room.